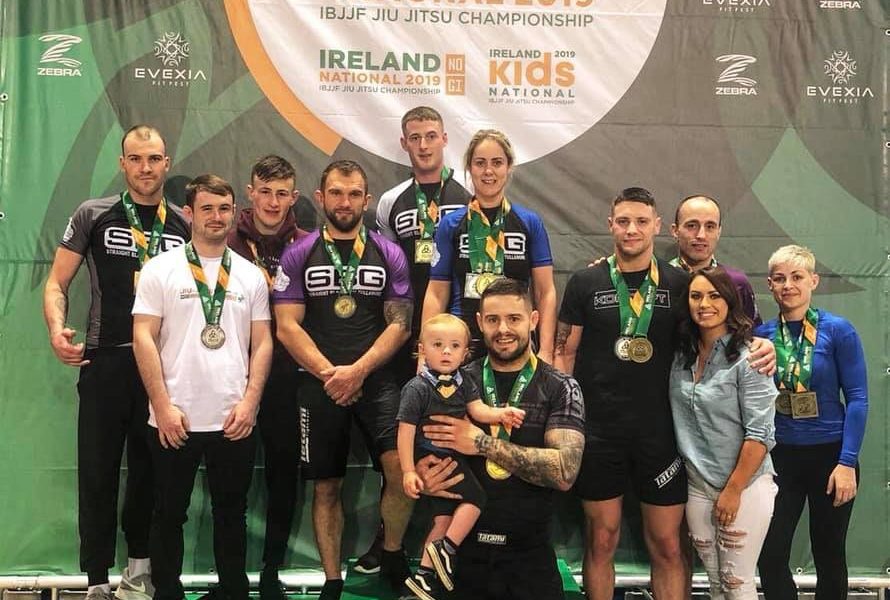 This weekend, some of our competition team members took part in the IBJJF Championship which was held in the National Indoor Arena in Blanchardstown.

SBG Tullamore performed exceptionally well at the event with our Head Coach, Kieran Davern winning Gold in the Heavy Weight Black Belt Division. We won medals from white to black belt including excellent wins from two of our newest members, Declan Cooper and Sean Kilmartin who both won out their divisions taking Gold.

In total, SBG Tullamore took home 17 medals on the day after some exemplary performances from our team. SBG also took the overall team trophy for No- Gi. Below is the list of competition team who took part in the National Championship.